Gender Studies in Lithuania: An Overview from Time and Distance 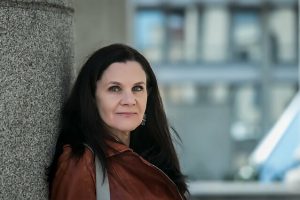 Prof. dr. Dalia Leinartė is a historian, author and current member of the United Nations Committee on the Elimination of Discrimination against Women (CEDAW). She is the former chair of the CEDAW ), professor at Vytautas Magnus University, and Fellow Commoner at Lucy Cavendish College, University of Cambridge. In 2018, Apolitical selected her as one of the 100 most influential people in gender policy around the world. Dalia writes for the Lithuanian public broadcaster, Lithuanian Radio and Television (lrt.lt) on human rights, gender equality, feminism, and issues of nationalism and history. She held the position of Chair of the Gender Studies Center at Vilnius University for almost twenty years. Dalia has won several prestigious international academic awards, the Fulbright (2002-2003) and a scholarship of the American Association of University Women (2005-2006).

This website uses cookies to improve your experience while you navigate through the website. Out of these, the cookies that are categorized as necessary are stored on your browser as they are essential for the working of basic functionalities of the website. We also use third-party cookies that help us analyze and understand how you use this website. These cookies will be stored in your browser only with your consent. You also have the option to opt-out of these cookies. But opting out of some of these cookies may affect your browsing experience.
Necessary Always Enabled

Any cookies that may not be particularly necessary for the website to function and is used specifically to collect user personal data via analytics, ads, other embedded contents are termed as non-necessary cookies. It is mandatory to procure user consent prior to running these cookies on your website.